But we should honor the Sabbath day to the Lord, a day when we do not think our own thoughts or spend time in business or worldly pleasure but when we rest and spend time with Him. The command to keep the Sabbath is not just for Jews or a Jewish custom it is from the very beginning.

God rests this in no way indicates He was weary from His creative efforts but denotes that the creation is complete. Further, God is establishing a pattern of one day in seven to rest. The keeping of this day will eventually be a distinguishing trait of Gods chosen people.

(Exodus 20:8-11)
Remember the sabbath day, to keep it holy. Six days you shall labor and do all your work, but the seventh day is a sabbath of the Lord your God; in it you shall not do any work, you or your son or your daughter, your male or your female servant or your cattle or your sojourner who stays with you. For in six days the Lord made the heavens and the earth, the sea and all that is in them, and rested on the seventh day; therefore the Lord blessed the sabbath day and made it holy.

When you become a Christian you are grafted into Israel and become one with Israel of His chosen people.

Inasmuch then as I am an apostle of Gentiles, I magnify my ministry, if somehow I might move to jealousy my fellow countrymen and save some of them.

For if their rejection is the reconciliation of the world, what will their acceptance be but life from the dead?  If the first piece of dough is holy, the lump is also; and if the root is holy, the branches are too.

But if some of the branches were broken off, and you, being a wild olive, were grafted in among them and became partaker with them of the rich root of the olive tree, do not be arrogant toward the branches; but if you are arrogant, remember that it is not you who supports the root, but the root supports you. You will say then, Branches were broken off so that I might be grafted in.

Quite right, they were broken off for their unbelief, but you stand by your faith. Do not be conceited, but fear; or if God did not spare the natural branches, He will not spare you, either. Behold then the kindness and severity of God; to those who fell, severity, but to you, Gods kindness, if you continue in His kindness; otherwise you also will be cut off.

And they also, if they do not continue in their unbelief, will be grafted in, for God is able to graft them in again. For if you were cut off from what is by nature a wild olive tree, and were grafted contrary to nature into a cultivated olive tree, how much more will these who are the natural branches be grafted into their own olive tree?

*Christians, God chose you from the beginning for salvation. Its the same truth Peter stressed when he said we are elect according to the foreknowledge of God the Father. . . When we believe in the truth, when we choose to receive Jesus as our Lord and Savior, then at some point we will look back and see that God chose us first.

(2 Thessalonians 2:13)
But we should always give thanks to God for you, brethren beloved by the Lord, because God has chosen you from the beginning for salvation through sanctification by the Spirit and faith in the truth.

Even Jesus said He has sheep, not of his fold. 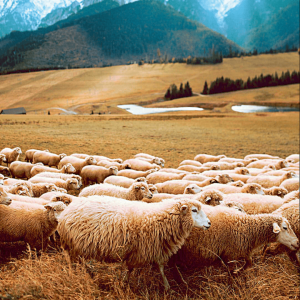 (John 10:16)
“I have other sheep, which are not of this fold; I must bring them also, and they will hear My voice; and they will become one flock with one shepherd.

Neither let the son of the stranger, that hath joined himself to the LORD, speak, saying, The LORD hath utterly separated me from his people: neither let the eunuch say, Behold, I am a dry tree. For thus saith the LORD unto the eunuchs that keep my sabbaths, and choose the things that please me,

and take hold of my covenant; Even unto them will I give in mine house and within my walls a place and a name better than of sons and of daughters: I will give them an everlasting name, that shall not be cut off. Also the sons of the stranger, that join themselves to the LORD, to serve him, and to love the name of the LORD, to be his servants, every one that keepeth the sabbath from polluting it, and taketh hold of my covenant; (Isaiah 56:3-6)

He does not just say Jews He says, man.

also, in the new heaven and the new earth, the sabbath is honored.

We should honor the sabbath day to the Lord, a day when we do not think our own thoughts or spend time in business or worldly pleasure but when we rest and dedicate ourselves to God.  To spend time in worship and know God and concentrate on the things of God with Him one day a week.