This Genesis account of the Flood which you will read below along with many really interesting facts which you probably don’t know. I hope will get you to think about the reliability of the wonderful truth Genesis 1-11 you will find in God’s Word and think more as history as rather than a fable.

is a snow-capped and dormant compound stratovolcano also called Agri Mountain in the extreme east of Turkey. It consists of two major volcanic cones: Greater Ararat and Little Ararat.

The first efforts to reach Ararat’s summit  were made in the Middle Ages, and Friedrich Parrot, Khachatur Abovian, and four others made the first recorded ascent in 1829.The mountain has been called by the name Ararat since the Middle Ages, as it began to be identified with “Mountains of Ararat” (Region) described in the Bible as the resting place of Noah’s Ark, despite the contention that Genesis 8:4 does not refer specifically to Mt. Ararat itself but the mountains of Ararat. So could be on a different mountain in the area.

And the ark rested in the seventh month, on the seventeenth day of the month, upon the mountains of Ararat. Genesis 8:4 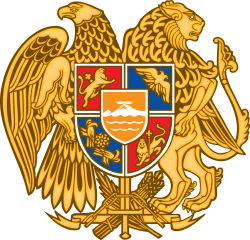 is the principal national symbol of Armenia and has been considered a sacred mountain by Armenians. It is featured prominently in Armenian literature and art and is well known in the area. It is depicted on the Coat of Arms of Armenia along with a picture of Noah’s Ark.

So there was wickedness upon the earth

And God saw that the wickedness of man was great in the earth and that every imagination of the thoughts of his heart was only evil continually. Genesis 6:5-8 And it repented the Lord that he had made man on the earth, and it grieved him at his heart. And the Lord said, I will destroy man whom I have created from the face of the earth; both man, and beast, and the creeping thing, and the fowls of the air; for it repenteth me that I have made them. But Noah found grace in the eyes of the Lord.

But, the length of this cubit for the Ark is unknown but close to estimates above. The volume could hold 522 railway cars. Which is gigantic and will hold dinosaurs and many animals, food, and water plenty to get by and not all species that are here today had to be on it. You could have the younger animals and dragons (dinosaurs) not full-grown on it. There is a lot of evidence dinosaurs lived after the Flood of  World (c 2500 BC) but were hunted and are extinct from that and other reasons.

Make thee an ark of gopher wood; rooms shalt thou make in the ark, and shalt pitch it within and without with pitch. And this is the fashion which thou shalt make it of: The length of the ark shall be three hundred cubits, the breadth of it fifty cubits, and the height of it thirty cubits.

Many say the flood was local: But

Why would Noah build an Ark for 75 years at the most? If this was just a local flood like many people say then he didn’t have to build an Ark. He could travel to another place where there was not a flood-like anyone else would do.

Why would God have to bring two of e…very land-breathing creature to the Ark? If there was a local flood they would be safe where they were and just be relocated to a different area.

The answers to the above questions have no logical sense when we try to interpret the Genesis Flood as a local flood like many has said.

If we interpret the Genesis Flood to be a local flood, then God’s everlasting covenant is meaningless because we have many devastating local floods throughout the world and they do not wipe out all the animals.

The only interpretation that is consistent with God’s everlasting covenant is that it was a worldwide Flood. Since the fossil records have proven that it was worldwide. What then is my point! I am pointing to the fact that the flood was real.

Genesis 6:17-19 And, behold, I, even I, do bring a flood of waters upon the earth, to destroy all flesh, wherein is the breath of life, from under heaven; and every thing that is in the earth shall die.

The evidence is overwhelming

When you look at all the fossils of fish and other saltwater animals from the ocean found up in the mountains.

Scientists find fossils of whales and different marine animals in the mountains amongst the sediments up in the high mountainous area 5,000 feet in the South American, Andes. By expedition American Museum of Natural History: The expedition Leader, Dr. Michael J. Novacek March 12, 1987, original. Reprinted “The New York Times Archives, 1996”

Why Are There Fish Fossils High Up In The Himalayas?

I have summarized the wording so not to plagiarize

The Awesome Himalayas is the ‘The Roof of the World’, has a giant height, can’t be seen through the clouds when not clear outside. It has some of the highest peaks in the world also Mount Everest, the high mountain 29,029 feet one of the greatest in the world. At these altitudes, the air is thin, and the temperatures are extreme.

The looks are like it hasn’t moved since the early beginning of the world. The mountains are miles even hundreds of miles away from the sea. They want to know how marine fossils are being found in locations in the mountains of the Himalayas?

at the conclusion of the article:

It Says the top of the world of the high mountains was definitely under a deep ocean!

There is the Babylonian flood tablet

This describes how to make an ark which is in the British Museum. In 1872 there was an assistant named George Smith, He discovered the story of the flood which amazed the world – which obviously came from the Bible Book of Genesis – on the tablet which was cuneiform was made out of clay which was excavated in Nineveh (Which is in Iraq).

According to the discovery, they had their false god from Babylon to get rid of man by death in the water, like the Bible, which was copied from. The survival of everything was saved by a man.

Final Points about real past

The Lord caused it to rain on the earth

And every living substance was destroyed which was upon the face of the ground, both man, and cattle, and the creeping things, and the fowl of the heaven; and they were destroyed from the earth: and Noah only remained alive, and they that were with him in the ark. And the waters prevailed upon the earth an hundred and fifty days

and then the waters subsided

And God remembered Noah, and every living thing, and all the cattle that was with him in the ark: and God made a wind to pass over the earth, and the waters assuaged;

The fountains also of the deep and the windows of heaven were stopped, and the rain from heaven was restrained; And the waters returned from off the earth continually: and after the end of the hundred and fifty days the waters were abated. And the ark rested in the seventh month, on the seventeenth day of the month, upon the mountains of Ararat. Genesis 8:1-4

And the dove came in to him in the evening; and, lo, in her mouth was an olive leaf pluckt off: so Noah knew that the waters were abated from off the earth. Genesis 8:11

And he stayed yet other seven days; and sent forth the dove; which returned not again unto him any more.Genesis 8:12

So God Speaks To Noah

And God said, This is the token of the covenant which I make between me and you and every living creature that is with you, for perpetual generations: I do set my bow in the cloud, and it shall be for a token of a covenant between me and the earth. And it shall come to pass, when I bring a cloud over the earth, that the bow shall be seen in the cloud: And I will remember my covenant, which is between me and you and every living creature of all flesh; and the waters shall no more become a flood to destroy all flesh. Genesis 9:12-15

Whenever the rainbow appears in the clouds, I will see it and remember the everlasting covenant between God and all living creatures of every kind on the earth.” Genesis 9:16

The Genesis Flood was a judgment on the world’s sin and our sin will always bring death. Jesus talked about the Flood and this world makes a mockery at God and His flood.

Romans 6:23 For the wages of sin is death; but the gift of God is eternal life through Jesus Christ our Lord

Now the works of the flesh are manifest, which are these; Adultery, fornication, uncleanness, lasciviousness, Idolatry, witchcraft, hatred, variance, emulations, wrath, strife, seditions, heresies,Envyings, murders, drunkenness, revellings, and such like: of the which I tell you before, as I have also told you in time past, that they which do such things shall not inherit the kingdom of God. Galatians 5:19-21

People love the baby Jesus but I have to tell you something He will bring judgment on this world. If a person refuses to repent and follow Jesus then that person will face the wrath of God.

Read below what happens to those who won’t believe Jesus is the Christ and accept His way to save you.

This is prophesied before His return

“The sun shall be turned into darkness, and the moon into blood, before the great and the terrible day of the LORD come”

And then the Day of the Lord Happens!

The world will be surprised when the wrath of God is upon this world.